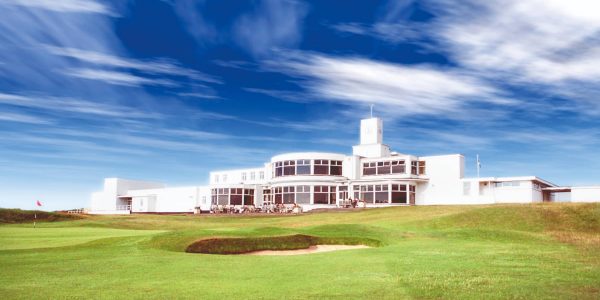 Southport is regarded by many as being “The Golfing Capital of England”. Southport is located at the centre of England’s golf coast and over twenty courses including the three Royals can be reached in under an hour.

Golf courses available in Southport include:

A permanent fixture on The Open rota and host to the Walker Cup, the Curtis Cup and the Ryder Cup, undoubtedly one of the finest links courses in England. Became Royal Birkdale in 1951. A plaque on the 15th hole commemorates Arnold Palmer’s great shot in vile weather on the way to his Open win 1961. The course spans 6,690 yards, has been ranked 12th in the world, a famous links recognised for its fairness. Fairways, laid out in the flat valleys between the towering dunes seldom divert the ball off course. The greens, re-built before the 1998 Open, possess cunning borrows. Every hole is a classic and the challenge is apparent from every tee. The 183-yard 12th par three requires a tee-shot across a hollow avoiding four deep pot bunkers to a small raised green.

There are many similarities between Hillside, covering 6,800 yards, and the adjoining Royal Birkdale on the sandhills of Southport. Exposed to the wind from the Irish Sea, it is a qualifying venue when the Open is staged next door. The opening nine offer a gentler challenge than the back nine holes which were redesigned in the 1960’s. The par three tenth and par five 11th with the sea and Birkdale on the right are breathtaking. But the gem is the final par five, the 17th played from a high tee and almost impossible into the wind. All holes are delightfully framed, the views are spectacular, deep bunkers and perfect true and fast greens add to the sheer quality on a memorable venue.

Southport and Ainsdale, tucked among the dunes on the North West Lancashire coast, hosted the Ryder Cup in 1933 and 1937. Designed by James Braid and opened in 1906, the traditional feel of a championship links has been retained over the 6,687 yards. Much of Braid’s layout survives and the par four third hole is named in his honour. Perhaps the outstanding of many great and different holes is the 16th that features a large hill and bunkers lined with railway sleepers to trap the unwary. The wind from the sea adds to the difficulty, as does the heather and gorse.

The Hesketh golf club Southport was established in 1985 and is the oldest club in Southport. The course is located on a nature reserve that attracts seabirds and other wildlife to the half-links, half-parkland track set amid Victorian villas. Holes run through high sand dunes and then border the Ribble estuary. The club hosts The Open final qualifying and a host of professional events as well as county and national championships. The course record set by Henry Cotton in 1932 is 68. The Hesketh Golf club is one of the best clubs in Southport.

Southport Old Links is not the biggest or indeed the best-known golf course in town, but it is among the oldest. The Southport Old links is a small 9 hole course with tight fairways and greens, out-of-bounds on the left on more than half the holes and lots of trees and water. The length of the holes are king-sized, and offer a truly demanding test of golf and a delightful golfing experience.

Golf was first played here in the late 1800s, before many big and famous clubs had their first monthly medal or cut the fairways with the horse-drawn mowers for the first time.

SOL, as it is often conveniently labelled, is truly at the heart of golf in Southport, not just by tradition, but also by its location. For the really energetic it is within an hour’s walk of fashionable Lord Street and the town centre, on the edge of the old world village of Churchtown, the original Southport, still with the charming white washed, thatched cottages, village square, and old stone stocks.

Formby Ladies, co-hosts for the Curtis Cup, occupies the same links while remaining completely independent, a splendid ladies championship course. Here the par-3s are among the most difficult to be found anywhere and, considering the total scene, Greg Norman wrote to the club: ‘Over a hundred years old and still your course can stand the test of time. What a beautiful course. It clearly shows that courses do not have to be 7,000 plus yards to be formidable.’

The existing 18 hole The Old Course has been spectacularly transformed from marshland to a picturesque parkland course, six miles south of Southport the course measures 6,955 yards from the Championship tees and has already hosted two events on the Challenge Tour and another on the European Seniors’ Tour. The club is also known for hosting high quality charity and pro-am events featuring some well-known celebrities.

The Old Course features a series of testing holes protected by water and well placed bunkers. Water, in fact can be found on 16 of the 18 holes, making the course an altogether different experience.

All members, both men and women, enjoy equal rights on the course and in the clubhouse. And you needn’t wait until you get there to place your order for refreshments at the end of your round, the clubhouse can be contacted by telephone from every hole.

Please note that the information relating to facilities is not guaranteed to be accurate. You should always check with the club concerned for current and accurate information. 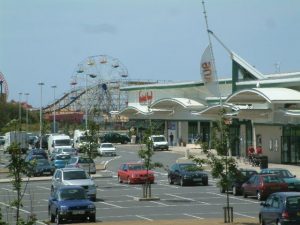 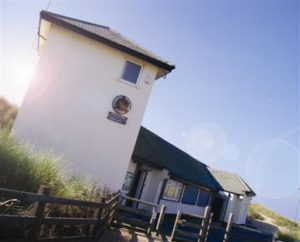